Blue Marlin Putting on a Show

Blue Marlin Putting on a Show

During a multi-day fishing charter in Kona Hawaii on a overcast January day, Lou Getman of California and Dr. Kevin Hogan of South Carolina tagged and released four blue marlin in a single day on the Humdinger with Captain Jeff Fay.  This blue marlin shows that for their size, they can put up a great fight and an exciting show.  If you are traveling to Hawaii, consider booking your Hawaii fishing charter with Captain Jeff Fay in Kona Hawaii as one of your Hawaii activities. 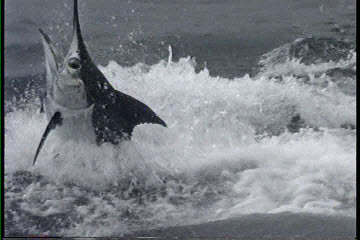