April 7, 2015
Posted by: Captain Jeff Fay
No Comments
Fishing Water Report – April 7, 2015 – The typical Spring run of Striped Marlin and Ono (Wahoo) is in Full swing. The past week we saw good numbers of Striped Marlin being caught in the 60-120 lb class. Typically we see fish more in the 40-50 lb range, but the last week produced a good number of larger fish. Since these fish typically run in pairs or even small schools, we had a couple of Multiple hookups which always makes things more interesting for the crew and the anglers alike.
With the building moon, we continued to see better number of Ono showing up. Expect the time around full moon in May to be the peak of the migration for this species as they move through the waters just off the coast of Kona Hawaii. These fish are great fun to catch and one of the most prized table fare in restaurants all around Kona.
In addition to the excellent fishing for Ono and Striped Marlin this past week, we are still seeing some good catches of Mahi Mahi or Dolphin fish. Also prized for their flaky, mild white filets, these fish are great fighters, magnificent jumpers and all around a lot of fun to catch. Below is a few photos we snapped of some nice fish that were caught this past week.
We have seen a significant increase of bait showing up lately, that seems to bringing in the bigger Blue Marlin with it. Last week, there were two fish over 700 lbs caught in Kona and better numbers are being tagged and released each week. Expect a steady increase in the number of Blue Marlin being caught until we reach the peak summer months of the Blue marlin seasons which runs from June through September. 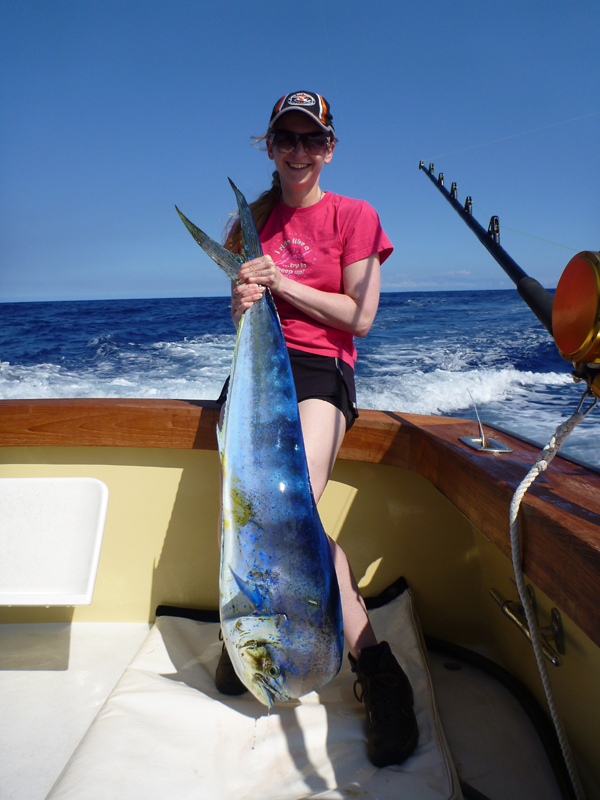 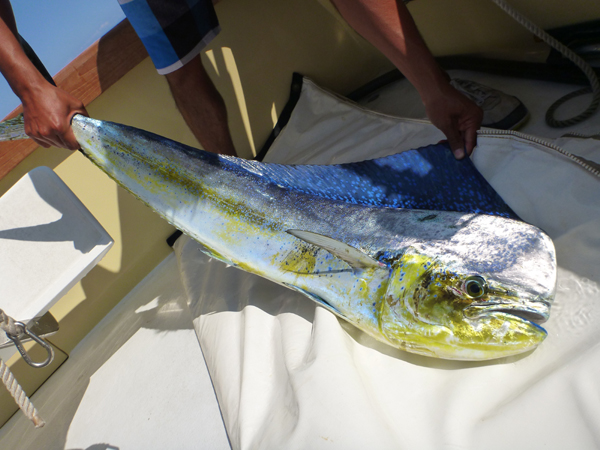 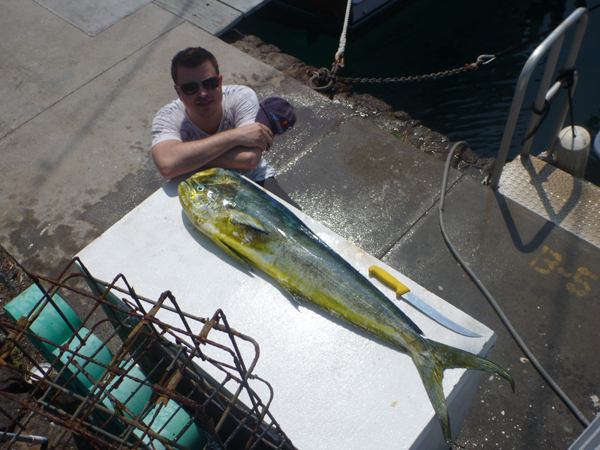 Get a great deal on 3/4 Day Kona Fishing Charter. Check availability below.