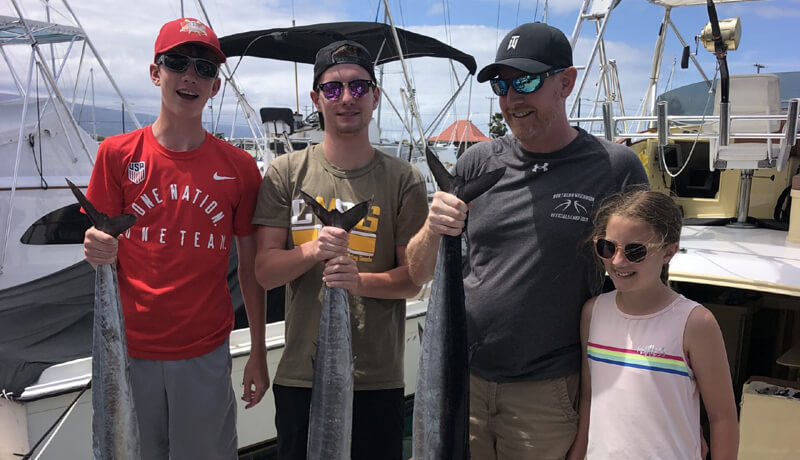 Over the past week the fishing in Kona has been fairly consistent, with Ono (Wahoo), Blue Marlin and Ahi Tuna being the main species caught.  The weather has been perfect with Temperatures in the mid 80’s and water conditions equally as good.  The tides on the backside of the moon have been less than desirable, but despite this fact, the Schmidt party went 3 for 5 on Ono on a half-day (4-hour) fishing today.

The May and June Full Moons, and a few days on either side of the full moon, are typically the best times to catch Ono here in Kona as they migrate through the islands in large numbers.  In addition to a good Ono bite, we have recently been catching good numbers of smaller Ahi Tuna in the 30-80 lb class and a some blue marlin as well.

If you are planning a trip to Kona this Summer, be sure to book early, as demand has been extremely strong and our capacity is very limited with the upcoming Summer fishing tournament season upon us here in Kona.  We are currently booking several weeks out, so be sure to book your Kona Fishing Charters early to lock in your dates.