The month of April shaped up to be a very good month for fishing in Kona with a very good number of good sized fish being caught during April. All in all, the total tally came in at just above 100 Marlin for the month. The first half of the month started off red hot with a few really nice marlin being tagged or weighed with two black marlin among them. 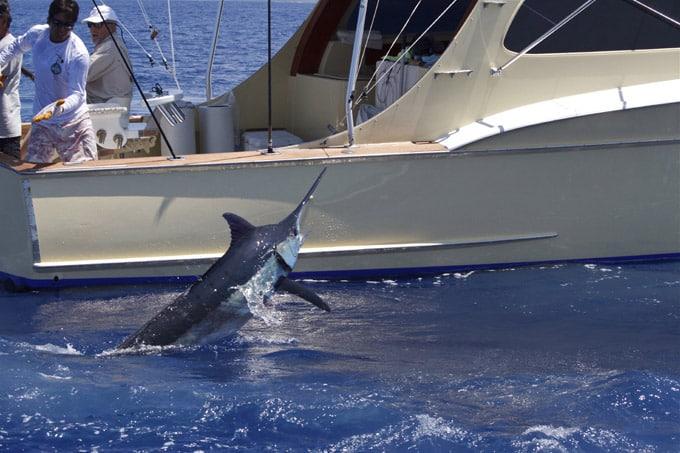 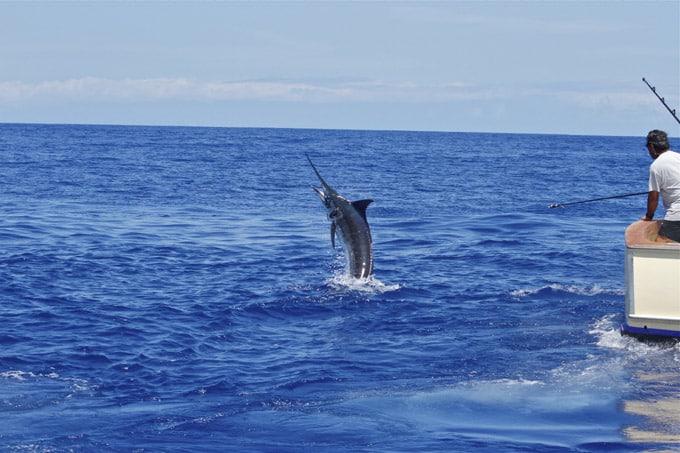 From April the 8th through the end of the month, over 75 marlin were tagged or weighed according the to the fuel dock. The second half of the month was even better as far as size goes with a 650, 650, 600, 590, 574, 500 rounding out the more notable catches. In addition to the great blue marlin fishing in Kona, there are still good numbers of striped marlin and spearfish hanging around. For those looking to target something to throw on the grill, the Ono (Wahoo) are also starting to show up in good numbers and next month should be even better around the full moon as the month of may tends to be the peak of the migration through Kona for this species. If you are looking for a great deal on a 3/4 day (6 hour fishing charter) we are running a special offer this summer if you book and pay online. You can check availability and book a morning or afternoon departure right from the website. Just view the calendar below to check the dates and times we are available.