The fishing the first week of August started off a little slower than the red hot pace we had been experiencing since April here in Kona.  Having said that, overall it has been a really great year here in Kona with very good numbers of fish being caught, lots of trips with multiple catches and four Granders weighed in Kona this year.

Some Highlights from Recent Kona Fishing Charters on the Humdinger 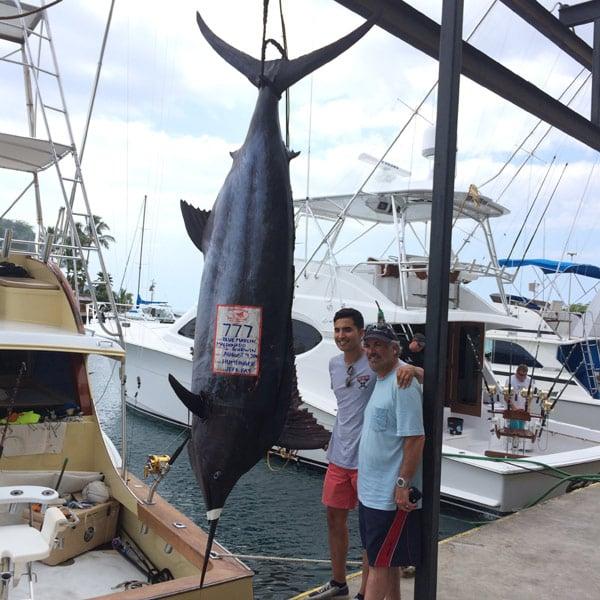 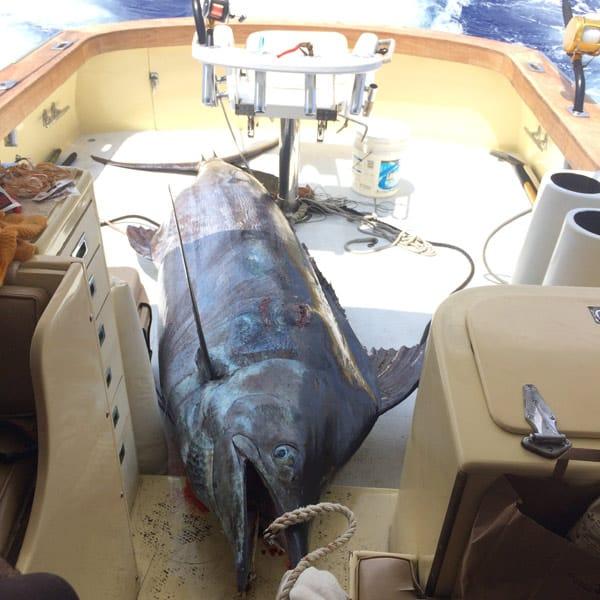 The 56th Annual Hawaiian International Billfish Tournament wrapped up this week in Kona with 31 teams fishing in this year’s tournament.  A total of 87 Blue Marlin and 1 Striped Marlin were tagged and released during the five day event.   The tournament is designed to promote tag and release with a minimum weight of 300 pounds on Blue Marlin, and as a result, only 7 Blue Marlin and 8 Ahi were weighed in this year’s tournament.  The largest fished weighed this year 573.4 pounds.  You can view all the results at http://www.hibtfishing.com or watch the short video below recapping all of the tournament highlights.

Expect the fishing in Kona to remain excellent through September and well into the fall months this year.  With the presence of the Super El Nino “Bruce Lee” this year, water temperatures in the Pacific should remain above normal well into the early winter months here in Kona.  The warmer ocean currents will concentrate baitfish and Blue Marlin along the Kona coast and likely extend the excellent fishing we have seen all year in Kona.

If you are planning a fishing trip to Kona later this year, be sure and check our availability on the calendar below and be sure to book your fishing charters early.  The popular winter dates around the Thanksgiving Holiday and Christmas breaks always fill up quickly and we are already taking reservations around these times.  Our best rates are always available by booking right on our website, so check the calendar below and book online for the best deals.