Kona Hawaii Fishing Report – April 15, 2015 – The fishing in Kona remains relatively good, with some days better than others depending on the tides and current. This past week we went 3 for 4 on Blue Marlin, 4 for 5 on Striped Marlin, 1 for 4 on Shortbilled spearfish, 1 for 2 on Ono (Wahoo)and we caught one Nice Mahi Mahi (Dorado). The Blue Marlin we tagged and released were estimated at 125 lbs., 150 lbs., and 275 lbs. The past few weeks there have been some really nice marlin caught here in Kona, with two over 700 pounds tipping the scales just last week.

This week, a Blue Marlin over 650 pounds was weighed by another boat and a third boat raised a fish they swear was over 1,000 lbs, but pulled the hooks before they could get it close. There are also some decent numbers of yellowfin tuna hanging around. We watched one boat land two in the 80 pound class on a recent fishing charter. The spring and early summer are great times to book a Kona fishing charter. There is a good variety of fish to catch to catch and a lot of then are great table fare. We have a web special on 1/2 day and 3/4 day fishing charters out of Kona right now, so give us a call at (808) 936-3034 and book your fishing charter on the Humdinger. 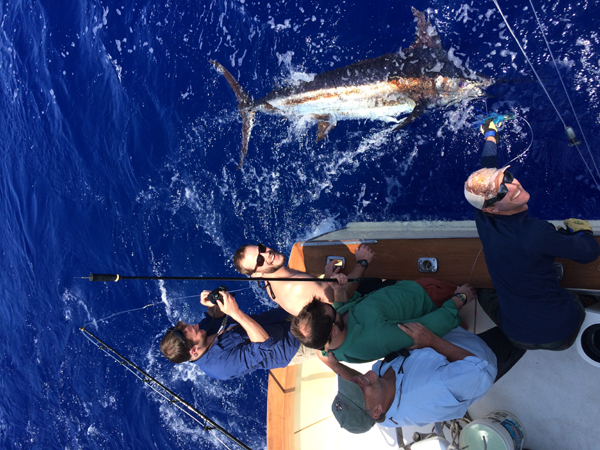 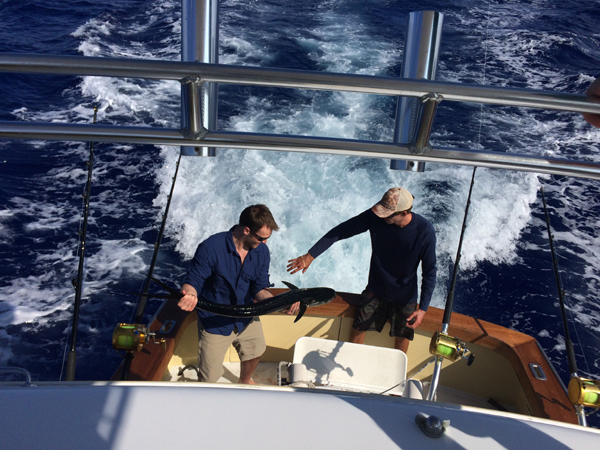 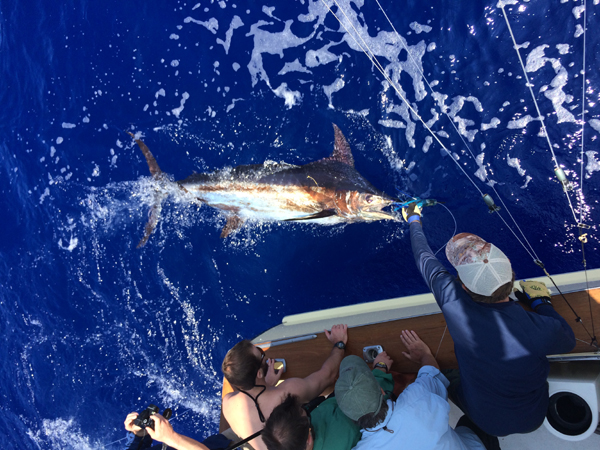