Despite a lack of trade winds and less than favorable currents, the crew of the Humdinger managed to tag and release two blue marlin, three striped marlin, and also catch one ahi tuna and a nice mahi mahi for a client on a recent six day charter. 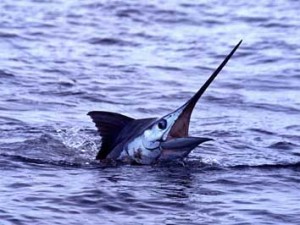