Kona Hawaii Fishing Report – February 25, 2015 – Earlier in the week the mahi mahis were biting. We went 4 for 4 one day and the next we went 1 for 3. They are great eating fish and have very beautiful colors. One was caught by the charters son and his expression says it all. Later this week the mahis slowed down. Right now there are some striped Marlin, shortnose spearfish and a few blue marlin. Also a couple nice tunas getting caught. Weather has been nice the last few days with calm water and winds light. There was also a grander caught by a 16 yr old boy. It weighed 1058lb. We also see humpback whales every day we have been going out lately. 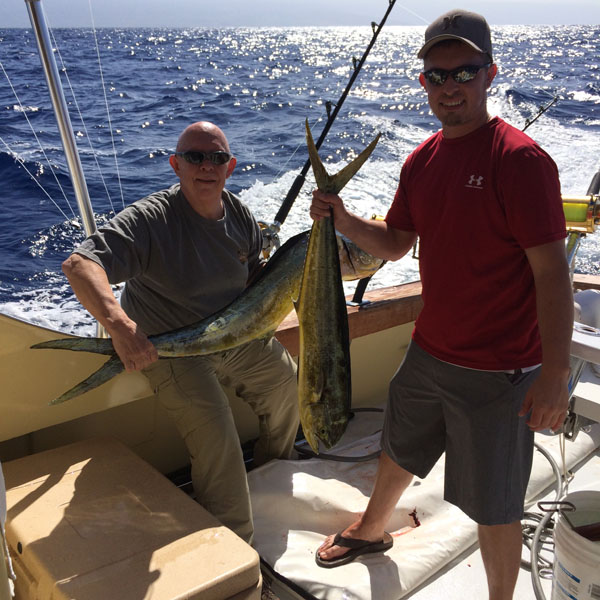