Kona Fishing Report February 9th – The fishing picked up a bit today. We caught a 39 Mahi Mahi, tagged a striped marlin and missed another stripey. So far today, there have also been some nice Blue Marlin caught by other boats in the area. One over 650, one over 500, and a couple of fish over 400. There are still some good numbers of shortbilled spearfish hanging around as well. All in all, a good mixed bag of fish to keep things interesting. 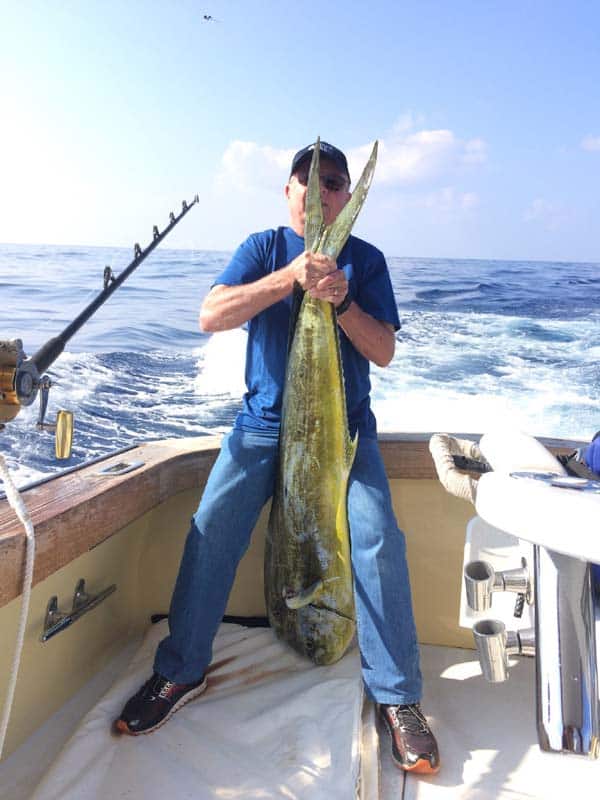