Fishing Kona Report September 2016 – Hawaii – The Big Island – September has always been one of my favorite months to fish in Kona.  The town slows down and empties out, the hectic fishing tournament season is over but the fishing remains as good as it gets most any month of the year and this year was certainly no exception.

2016 in general has been one of the best years fishing in Kona Hawaii for Blue Marlin and Shotbilled spearfish in recent memory.  The summer months this year produced consistent action and solid fish for most charter boat operators here on the Big Island.  The last part of August and the first half of September saw some of the best fishing all year and we had multiple days back-to-back with 2, 3 and as many as 6 bites per charter.  During this time, we saw a mixed bag of Shortbilled Spearfish, Blue Marlin, Ono (Wahoo) and Ahi (Yellowfin Tuna).  Be sure to like and follow our Facebook page to see our recent catches and keep up to date with all the action on the Humdinger.

A few days after the full moon, as is typical, we started to see a bit of a slowdown that continued through the second half of the month.  However, during this time, some really good fish were caught and released by the Kona Sportfishing fleet including one that was called a solid 900 pounds by one boat.  In the past week, we have seen some strong trade winds move over the island and some really good schools of baitfish have moved in as well.  We haven’t been catching fish every day, but we’ve been picking at ‘em here and there and tagging a few small ones, and I remain encouraged that the consistent trade wind patterns we are seeing now and the arrival of baitfish are very encouraging signs for the next few weeks as we move toward the full moon again. 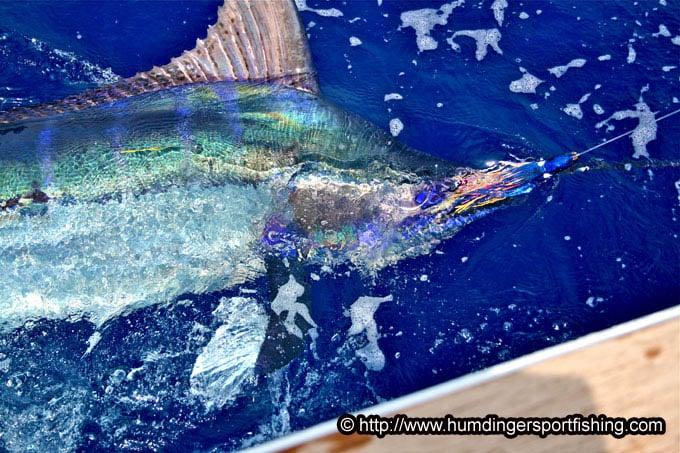 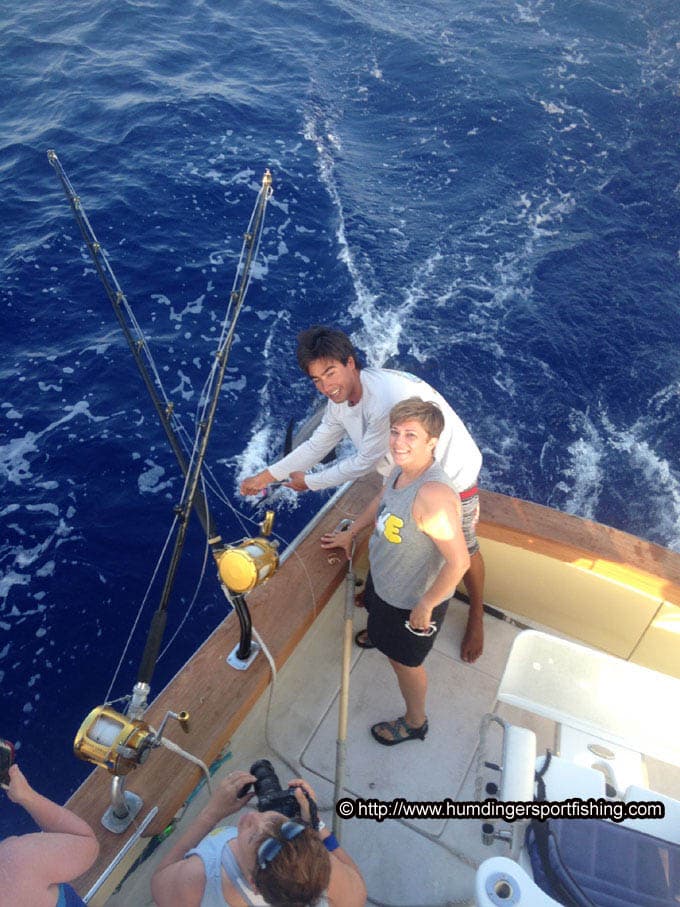 Expect to continue to see primarily blue Marlin, a few Shortbilled Spearfish and the odd Ono or Ahi here and there.  If you are planning a trip to the Island in the coming months, be sure to check out our Fishing Season Calendar and our Moon Phase Chart on our website.  In general, the building side of the moon, and up to a few days after the full moon, are my personal favorite times to fish, but it can happen any day of the week here in Kona.

Be sure and check our online booking calendar below to check our real-time availability and book right on our website to get our lowest available rates.  We are currently offering our VERY popular $399 web special now through November 15th, so book early to secure the best rates and dates.  We look forward to seeing you here in Kona very soon.