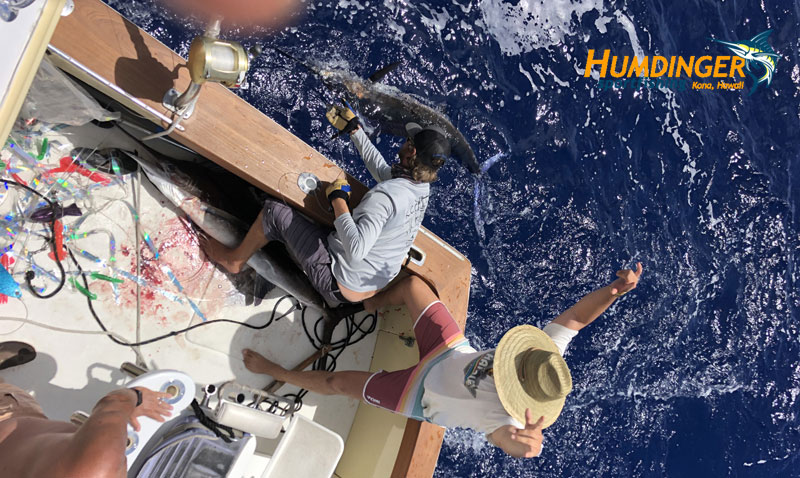 The fishing here in Kona has been very steady the past few days.  There are a good amount of fish around and a decent number of large blue markil being caught as well.  During a recent fishing tournament here in Kona, Blue Marlin weighing 411 pounds, 764 pounds and 833 pounds were brought to the docks.

August is a great month to fish in Kona as there are a number of species of fish that are present in reliable numbers.  Over the past few weeks, we have caught a number of different species for clients including Ono (Wahoo), Manimahi (Dorado/Dolphin Fish), Short Billed Spearfish, Ahi (Tuna) and Striped Marlin in addition to some nice Blue Marlin.  The months of August and September are considered the peak season for Blue Marlin here in Kona, and this year has not disappointed.
Hawaii is scheduled to reopen to tourists beginning October 1st with a negative COVID-19 test within 72 hours of arrival.  There are some amazing deals on airfare and lodging and we are offering some discounted half-day flash sale charters as well during the next few months.  There is no better time than now to plan your upcoming Winter holiday vacations than right now, so check our real time availability on the booking calendar below and plan to join us in Kona soon.